Xbox One Won’t Turn On But Beeps – When it comes to troubleshooting your Xbox One, it can be frustrating. Especially when you’re on the cusp of playing your favorite game or trying a new one. In this article, we’ll dive into what to do if your Xbox one beeps but won’t turn on.

Xbox One Won’t Turn On But Beeps – Possible Situations

The good news is that there are only two possible situations where your Xbox One Won’t Turn On But Beeps.

Realize that if you’re experiencing the first scenario, you’re in luck! This is due to the power state of your Xbox. In the second scenario, there is a more troubling situation where you will have to either repair or replace your Xbox one.

How to Troubleshoot Your Xbox One

To troubleshoot and fix the power state of your Xbox, you simply need a hard reset. Below steps demonstrates to you how to hard reset your Xbox one.

Here are instructions on how to perform a hard reset on your Xbox One.

The hard reset also works for other technical issues such as your games crash or freeze, downloads halt, slow upload speeds and games failing to start. 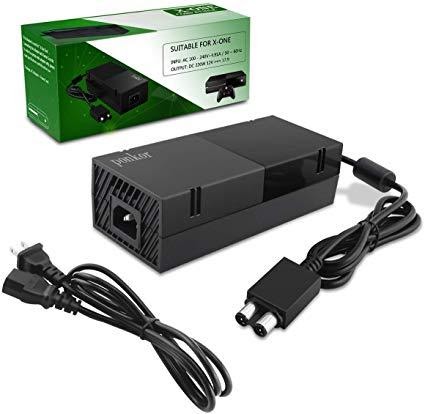 Though this may sound insane, the Microsoft forums community has theorized that hitting the eject button multiple times has caused the beeping sound to go away. Possibly the beeping has to do with a mishap in the eject button? We don’t know for sure. But there have been a handful of testimonials that advocate for this method.

To perform an internal reset, simply unplug your Xbox One power cable for 10 seconds before plugging it back in. Also, unplug the console from the wall. Please keep in mind that this method is different than cycling your Xbox One.

You want to also check the LED power indicator and verify they are working. The steady white light shows the console receives power and supply brick is working. The orange light indicates the power-saving mode.

If the power supply is faulty or not connected properly, you can follow the troubleshooting guide from Microsoft.

Sometimes you may see bents or rips in your power cable or wires that disrupt the power from igniting in your console. The good news is, all you have to do is purchase a new power cable in order to resolve this issue!

One potential issue as to why your Xbox One beeps but won’t turn on is due to the fact of overheating. You may notice that the internal fans aren’t working properly. You may need to let the console cool off by placing the console in a cool and ventilated area. Make sure the device is unplugged. And after a few minutes, you can attempt to plug everything back in an attempt to turn on your console.

Can’t Fix Your Xbox One?

Chances are if you are still unable to fix this issue, you need to see an Xbox repair specialist or replace your console with a new one. The easiest way to find an expert is simply head down to your local Microsoft Store and have them take a look at your device. You may simply call them to schedule a time.

Lastly, make sure to do your research on the internet to try different strategies before completely giving up. If all else fails, you can always get yourself a new Xbox One to save yourself the hassle!